Well, it’s time again for another roundup of what’s coming soon. Everything I’m interested in, at least. 🙂 This time it’s going to be an odd mix, because there’s really a lot of different stuff coming out across the board.

October 3rd: The Little Mermaid and Harvey Toons
Under the sea, la la la la, let’s see a sea witch get stabbed in the chest with a rusty ship, la la la la!

I actually completely ruined this movie for me by watching it 7 times straight one day a long time ago. I was bored. Anyway, apparently the first time it was released they didn’t do a good anamorphic transfer (whatever that means, I’m not a videophile to say the least) and it didn’t have many extras (a common Disney crime, tightwads) so here’s your chance to own it again.

I just found out about Harvey Toons: The Complete Collection today. I’m a huge fan of Casper, Wendy, Little Devil and all the other Harvey cartoon characters. They are really great stuff with some original, fun stories. I have no idea what’s gonna be on here, but it’s from Sony Wonder and they always do a good job of putting their discs together, so I’m sure it won’t be disappointing.

October 24th: The Addams Family and Justice League Unlimited
After a long wait by fans, myself not included, the Addams Family finally hits the shelves for the first time ever on DVD. Gosh, that sounded eerily like a marketing blurb.

This is one of those shows that I always liked watching, but I never got a chance to see it. I’m not sure why. I remember catching snippets of it but I doubt I’ve ever seen a complete episode. Either way, it’s not the boring watered down Munsters family, so I’m sure it’ll be great. 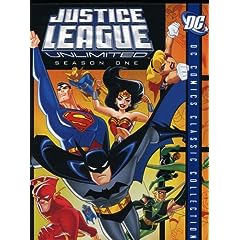 Justice League: Unlimited is another show which I’ve never even seen any episodes at all. Actually, I didn’t even know it existed til the release hit my radar. If it’s even half as good as the new Justice League cartoons, then I’m all over that.

Apparently the big difference between the two is that Unlimited shuffles the main heroes around a bit. I wonder if we’ll have an appearance by Zan and Jayna.

Also, season two of Batman Beyond comes out on the same day, so you can get your cartoon on.

Oh, man this is one of my favorite shows evah. I’m really excited for this one to come out. This was during the time when Disney was still putting out what was now refer to as quality animation and storytelling. It’s a rare concept today coming from them, I know.

The stories of the history of the Gummis always interested me, and that they had all these hidden underground tunnels and lairs was just so freaking cool. Plus you throw in the fact that the timeline was in a medieval setting with other magical creatures and beasts, it’s just a cool show all around.

Duck Tales, Season Two hits the shelves the same day too. Apparently this one has the pilot episode. Sweet. 🙂

Wheeee! Let’s hear it for *another* TV show that I’ve never seen, but I’m dying to get it just because of everything Ive heard about it! Besides, how can you pass up that cool looking case? 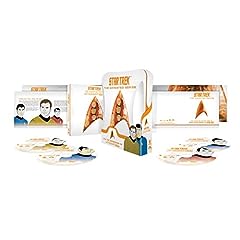 Yes, it’s true. At least 50% of the TV shows I have on DVD, I’ve never even seen. It adds a lot of originality to my life. Great stuff. Really though, I have heard a lot about this cartoon, and I vaguely remember seeing one once, and just being blown away by the fact that there even was a Star Trek cartoon. I never liked the original series at all, but for some reason I had the odd idea that these would somehow appeal to me. Who knows? We’ll see. What I’d really like to do is get my hand on some of the comics. Now that would be sweet.

Well, that’s enough for this time. That’s actually only a little over half of what’s on my upcoming wish list, but I’ll save the rest for later when they’re closer to coming out. There is still some great stuff on the horizon. Good times to be had by all. 🙂