So, I went and watched the movie “Bully” tonight.  It was good.  I’ve got kind of mixed feelings about it, probably because of the many ways I look at the stories.  Part of me was interested to see what students are going through.  Part of me was thinking about what social settings had to exist for a setting like that to exist.  And then I was thinking about how school administration seemed like politics a little bit, and I wondered if teachers had any idea that they’d be called upon learning how to do mediation when they were getting their degrees.

The story about the teenagers who committed suicide is really sad.  I’m really glad that the film didn’t focus just on that angle, though.  They followed a couple of students specifically, and then had footage of bullying in general, and students just dealing with it in a general sense.  It was tough to watch, and made me feel bad for the guys.  It also renewed the feeling that I really wanna do something about it.  During the film I pulled out my phone for a second to check the time, and seeing the background on my cell phone — a picture of me and my little brother, Steven — really hit me, and made me realize that I am doing something.  That was kinda cool. 🙂 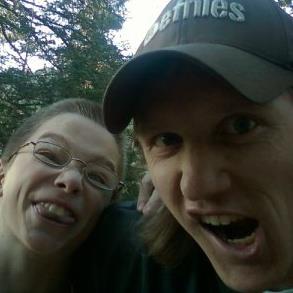 I don’t know much about bullying to have an opinion.  I can’t really draw on my own experiences, since I was never bullied, and I don’t remember anyone around me getting bullied.  Either I wasn’t really observant, or it wasn’t going on much.  I dunno.  All through school I kind of just stayed in the background.  Nobody bothered me and I didn’t bother anyone.  Some of the scenes were about the students riding on the school bus, and I actually thought it was weird to have so many people on there.  I remember that the bus was hardly ever half full, and having two people in one seat was rare.  So, a lot of it, I couldn’t really relate.  I was just kind of watching it.

The thing that made me sad (more than the bullying, actually, go figure) was how the adults in the lives of the kids tried to help them out.  The kids were pretty much getting the message of “well, you should do something about it,” and “it’s not really that bad, kids do that.”  A big part of that reason was that the kids getting bullied wouldn’t tell their parents how bad it was.  And in the cases where they did and the school administration would address it, the kids and parents would call them out on it and say how nothing was really changing.  It brings up a lot of questions regarding maintaining order in schools, providing the students somewhere they can feel safe, and whose job it really is to be an influence on the bullies.

The stories about the suicides were sad, but for me it didn’t really dig into me as hard as the other stuff.  I have kind of a different perspective on suicide, in the sense of that I can *understand* why they would see it as an out.  I dunno if that’s common, or if you have to be really interested in counseling to know how that works.  The thing that is really crazy in my mind though is that these guys are committing suicide at such a young age, and that others usually don’t have any clue that they’re pushing their peers so far off the cliff until it’s too late.

The part that was really hard for me was seeing the kids themselves being bullied as they were in the middle of things — they were suffering all these things, they were trying to make sense of this — “why would they do this?” “can we just be friends?” “why isn’t anyone at school doing anything?” — and then getting mixed messages from their parents as well.  In every case, the parents had no idea how bad things were until either the kid snapped (one took a gun on a bus), they were completely ignored and isolated by the community after coming out (a lesbian), or they saw the actual footage of the film.

I’d recommend seeing the film.  It was really good, and put together well.  I was hesitant to go see it, since I knew this is an emotional issue, and I thought it’d be easy to draw on that emotion and make a movie that was just sensationalizing it a little bit.  It wasn’t that way at all, though.  It came across to me as a sincere documentary that looked at the problem, explored it very well, and showed the stories of how they *really* are.  I love movies that are raw in that sense, where they are just about *life*.  In that vein, I’d recommend seeing “Boy Interrupted” as well.  That movie is also really gritty (and about suicide).

As strange as it may seem, I love movies like this where they display actual raw emotion, what the people are going through.  I prefer things like this not to be watered down or come with an obvious agenda.  Just exposing human life for what it’s like is good enough (and sad enough, in some cases).  I wish there were more films like this (and if you know of any, let me know).

Out of the entire film, one scene stood out to me the most.  It was in the assistant principal’s office (who, she was only in the film for maybe five minutes herself) who called in a student to talk to about bullying.  The kid came in looking just like any other kid, not sure what was going on, but that was about it.  She (the principal) pointed down to her desk, a picture, I’m imagining, of a student that was being bullied, and asked what his relationship was to him.  The poor kid just instantly lost the color to his face, and noticeably tensed up as he realized he was in trouble.  That made me feel really bad, that getting a shock like that, that you’re doing something wrong is suddenly and abruptly brought to your attention.  He genuinely had a look of “wow, I didn’t know that was wrong,” partly because he looked like a really innocent kid in addition to how daunted he was by being accused of bullying.  I kind of read into it that he was going along with things, but didn’t really realize the effect he was having.  In contrast, there was another kid who was also called into her office to talk about it, and he had an attitude of denial and how it wasn’t happening, and it wasn’t a big deal.  For the first kid, I thought to myself, there’s got to be a better way to bring this to his attention and correct it.  I feel really bad for anyone who gets the banhammer dropped on them unexpectedly.  That’s something I work really hard not to do with people, so it makes me sad when I see it happen to someone else.

I felt really bad for all the kids — the bullies and the ones being bullied.  I wish there was some easy answers, but I think there are two things that would help — learning how to communicate better with students, and having everyone learn to be kind.  There were a lot of times when bullies were being punks, and the other kids just kind of rolled with it.  That’s a social phenomenon in itself, which is pretty normal … people don’t typically step in when something unfair is going down, and in a lot of cases, will just pile on the aggression, because it seems to make the most sense.  I dunno, there’s a lot of variables in it that make it a difficult challenge, but I still think there’s some simple concepts that would help (communication, kindness, courage).

I dunno how I would handle it if someone came to me and told me they were getting bullied.  I’d honestly never really thought about it before, again, mostly because it’s something I didn’t really ever know much about it.

There’s a lot of great videos on youtube about bullying.  I’ll end on a positive one. 🙂