Note: I found this in my drafts of old posts, and this one never got published.  I wrote it in October of 2011, so the list may have changed a bit since then. 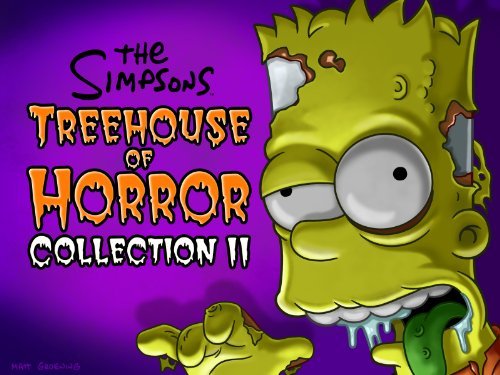 For those of you who know me, I really don’t like TV or movies with violence or gore in them. Yet, somehow, I am totally fascinated by them. Oddly enough, I’ll read all about horror movies and slasher flicks sometimes, and never watch them. I think part of the reason is I get *really* scared by them. Anyway. I especially love the Simpsons Treehouse of Horror episodes, because they are just awesome, and not as hardcore.

I promised my little brother that I’d get some for Halloween for us to watch. I don’t think he’s seen any of them. Edit: I showed him some last year. 🙂

Being the collector type that I am, I did some research, and lo and behold, FOX has released these in the most backwards incomplete way possible. In short, of the 21 seasons available to buy of the Simpsons, 17 of them are available to purchase, either through Amazon Video or DVD.

What’s crazy is that while Amazon Video sells them in “seasons”, they are really just totally random episodes thrown together. On top of that, the one DVD that is available is also episodes from random seasons, and two of them crossover with what is packaged in season 2 on Amazon Video. The rest, you can buy individually from the Simpsons seasons on Amazon Video.

It’s confusing, I know, but here’s how they released them:

So, for the crazy completist in your life, I’ve organized them in correct chronological order, with the link of how to buy them. Ultimately, you’re going to have to get them all this way, both seasons plus the DVD, regardless of crossover, if you want the most complete amount of episodes.